Project Nova identifies and supports those veterans who have been arrested or are at risk of arrest, to prevent further downward spiral and continued offending by supporting them back into mainstream society.

Project Nova is delivered as a partnership between Walking With The Wounded and the RFEA. The programme identifies and supports those veterans who have been arrested or are at risk of arrest, to prevent further downward spiral and continued offending by supporting them back into mainstream society. Project Nova supports veterans who have been arrested and enter Police Custody. It also supports veterans who are referred by specialist Police teams, or other statutory organisations, because they are at risk of arrest. Launched on 1st July 2014, Project Nova currently operates in the East of England; the North East; the North West and South Yorkshire and Humberside.

Project Nova is operated by staff with a blend of experience from the armed forces, Criminal Justice System and charities. They are skilled at engaging with veterans to understand their experience of military service, their lives before they joined the armed forces, and their transition back to civilian life. Project Nova undertakes a needs assessment for each individual and puts in place specialist support from a network of military charities and other organisations. We then keep in touch ensuring that the veterans we support have an ongoing connection, checking in and resolving issues when they occur.

In 2015/16, 56% of veterans engaged with Project Nova were unemployed. Employment can be a key factor in reducing re-offending. We support veterans towards sustainable employment.

Project Nova works in partnership with organisations who refer veterans to our service: 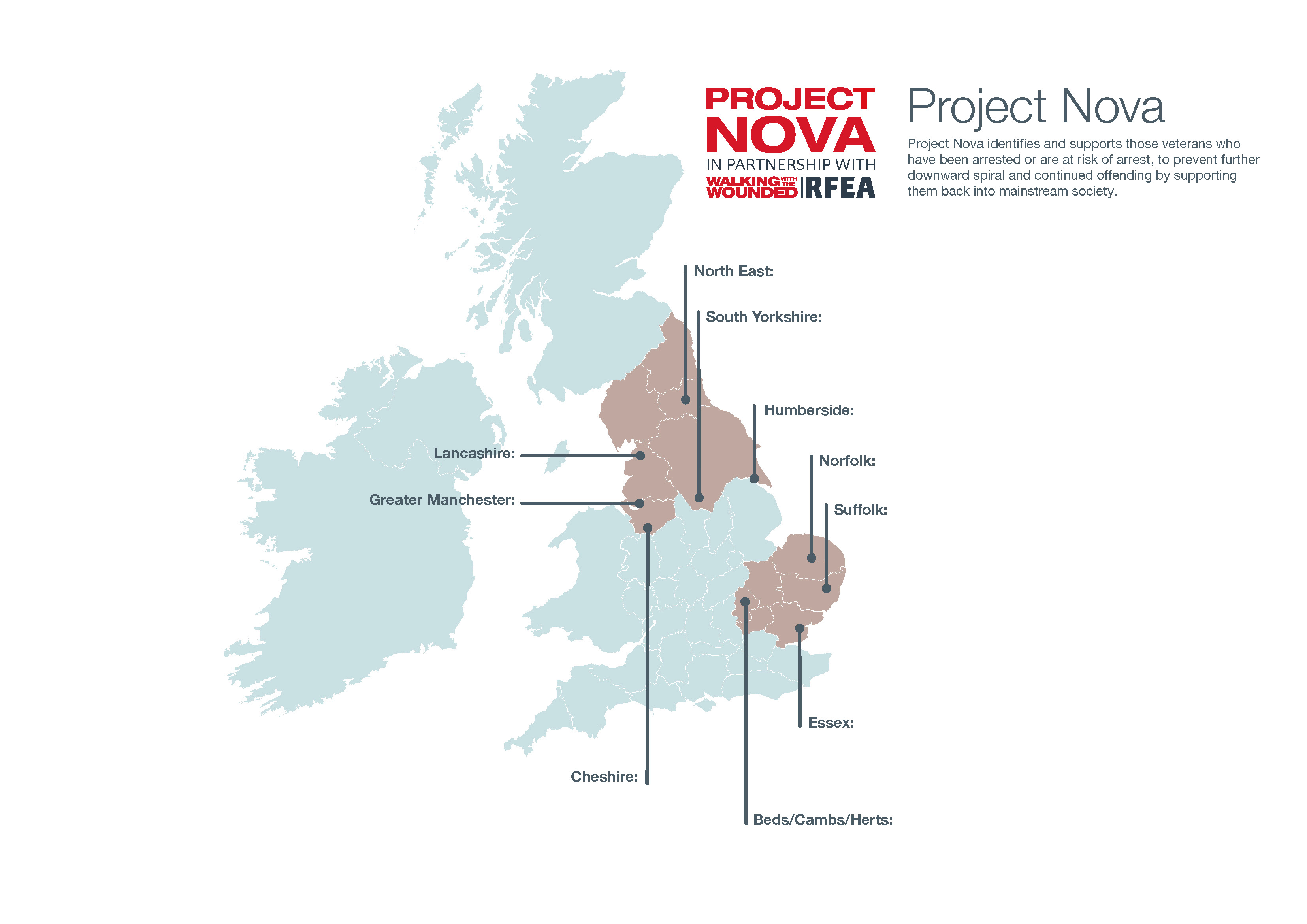 Project Nova is one of the interventions featured in the Phillips Review: Former Members of the Armed Services and the Criminal Justice System, A Review on Behalf of the Secretary of State for Justice (December 2014).

A Pilot Study of Project Nova, in its first area: Norfolk and Suffolk has been undertaken by Anglia Ruskin University and funded by the Forces in Mind Trust. Download the Report

Project Nova may be contacted on freephone 0800 917 7299 or by email at info.nst@projectnova.org.uk